De La Soul is an American hip hop trio formed in 1987 on Long Island, New York. The band is best known for their eclectic sampling, quirky lyrics, and their contributions to the evolution of the jazz rap and alternative hip hop subgenres.

In 2004, De La Soul collaborated with Gorillaz on the hit single Feel Good Inc., released in 2005. The song won a Grammy for Best Pop Vocal Collaboration with Vocals, after being nominated for a total of three Grammys. It was the first Grammy won in the group's career. Despite the whole trio being mentioned in credits, only Dave and Maseo can be heard in the song - according to Pos in a 2017 interview. But despite no all members being featured, all the members come out for the song when played live.

De La Soul were supposed to appear on a track titled Sloped Tropics, and they co-wrote the song Electric Shock, which features Derby-based Orchestra Sinfonia ViVA. Both of these songs did not appear on the album in the end, although certain elements were reused in the track Rhinestone Eyes. Gorillaz' frontman Damon Albarn played the song when he filled in for Zane Lowe on BBC Radio 1. This time only Maseo wasn't featured on the song.

They returned once again for the fifth Gorillaz album, Humanz, on the track Momentz. Only featuring Pos.

De La Soul appeared in the music videos for Feel Good Inc., On Melancholy Hill and in the storyboards for Rhinestone Eyes. They joined Gorillaz on Demon Days Live, Escape to Plastic Beach World Tour and Humanz Tour. De La Soul were also a part of the lineup for Gorillaz' Demon Dayz Festival. Kelvin "Posdnuos" Mercer additionaly appeared on the first episode of Things I Like by Russel Hobbs podcast, seconnd episode of Song Machine Radio, made a cameo apperance in the Strobelite music video and joined Gorillaz on Song Machine Tour and Gorillaz World Tour 2022

The members are Kelvin Mercer, David Jude Jolicoeur and Vincent Mason. The three formed the group in high school and caught the attention of producer Prince Paul with a demo tape of the song "Plug Tunin'". With its playful wordplay, innovative sampling, and witty skits, the band's debut album, 3 Feet High and Rising, has been called "a hip hop masterpiece."

It is the band's biggest commercial success to date, with their subsequent albums selling progressively less, despite receiving high praise from critics. They were influential in the early stages of rapper/actor Mos Def's career, and are a core part of the Spitkicker collective. They are the second longest standing Native Tongues Posse group, after the Jungle Brothers. 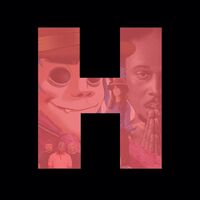