#FreeMurdoc was a campaign officially started on 4 June, 2018. Through it you could talk to Murdoc with the goal being helping him escape prison.

In 2017, Murdoc was arrested for for smuggling drugs, and was thrown in HM Prison Wormwood Scrubs. During his time in prison, he had begun plotting his escape. Through the support of his campaign followers, he began to search for dirt on El Mierda by climbing the ladder of inmate respect; from beating up the largest guy he could find, Big Balls McGuinness. He ask his campaign followers to hack into the prison mainframe to broadcast and type out a message to Big Balls for the rest of Wormwood Scrubs Prison to hear. According to Murdoc, the fight ended in his favour; with him securing the win with a Spinning Bird Kick.

In reality, he went down in one sucker punch; still earning the respect of his peers, despite learning little to nothing about El Mierda. However, he found out that one of Mierda’s associates was in Scrubs with him and began to seek info on the suspect, Vlad the Inhaler. Vlad had a tattoo of Mierda’s hideout on the back of his head, so Murdoc asked his loyal supporters to pose as Vlad’s fiancée, Millie. This was to get a picture of said tattoo, revealing to Murdoc his adversary’s whereabouts, Patagonia.

Meanwhile, Noodle had begun to notice that 2D’s change in attitude seemed rather suspicious; believing that El Mierda had possibly possessed him, based on the line “Mierda – soul harvester” crossed out on Murdoc’s plan. With a chance of Murdoc knowing something about Mierda that could’ve been effecting the band, Noodle volunteered to help her former bandmate out by heading to Patagonia to hunt down Mierda; for the sake of their frontman.

In the middle of August 2018, Noodle had arrived in Patagonia with all the gear she needed to help her through the trek; her samurai sword, Hello Kitty mittens & a photo of Katsu for warmth. Along the way, she met a gang of andean cats who began leading her to Mierda’s hideout.

Back in prison, Murdoc was fed up with waiting; growing more and more impatient with Noodle and opting to escape via sewer pipe. #FreeMurdoc was going nowhere and Murdoc wanted out more than ever, wading through shit until he reached a locked gate. With the help of his fans (via sharing a PDF on a lent phone from a warden), the green-skinned sewer-dwelling party animal opened the gate; only for the liquid to suddenly start rising. To Murdoc’s horror, there was another wall in his way; leaving the poor sod to drown in faeces.

Meanwhile, with the help of her new feline friend, Fuku, Noodle reached Mierda’s hideout; dumbfounded when the coordinates led her to a health spa, the El Montaña Wellness Centre. This was run by El Mierda, who was actually a million year-old man who had retired from crime years ago. On top of that, he doesn’t even know of Murdoc or the band Gorillaz. Confused, Noodle phoned Wormwood Scrubs to ask about Murdoc. Only discovering that not only had Murdoc been released on the day of his shitty escape, but his arrest was actually due to unpaid parking fines. Noodle also discovers that the guy at the Strobelite shoot was actually a leather salesman named Juan. Noodle concluded that Murdoc was jealous, specifically of the band’s singer 2D and the El Mierda/smuggling story was fabricated entirely by Murdoc for a publicity stunt!

On the brink of death, Murdoc saw a mysterious image (later recreating what he saw with the sketch provided). This was followed by blacking out and waking up in an ALDI car park, covered head-to-toe in crap. To him, this seemed like a sign, an opportunity to become a new man and absolve himself by making things right; starting with the woman he believed he’d sent to an unnecessary death, Noodle! After taking a shower, Murdoc flew to Argentina and bought a demonic yak who was once a human; transformed by Mierda (Murdoc named her Madonna). After being tied to Madge by the warlock he bought her from (along with a letter pleading for Noodle’s safety, in case he died along the way), Murdoc’s new journey to find Noodle had begun.

Over the course of a few days, Noodle talked with Mierda about how he used to use his powers for evil, but now only used them for spiritual healing; meaning 2D’s change in attitude was simply because of his ego. Shortly after this, Noodle was shocked to see a yak approaching her in the snow, it was Madge with the middle-aged hell raiser himself! Murdoc was thrown into a hot spring to thaw out, with the pair spending a few days at the spa before flying back home. Once they returned (bringing Madge with them as a new pet for 2D), Murdoc began a manifesto of ways he’d improve his life; while Gorillaz began preparing for the final leg of their tour, with Murdoc back in the band and Ace returning home to write his memoirs. 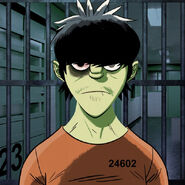 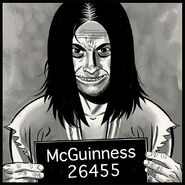 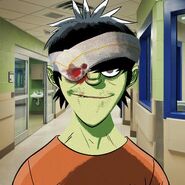 Murdoc has been injured. 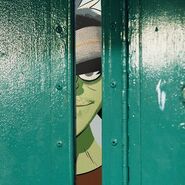 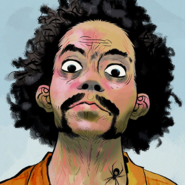 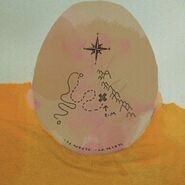 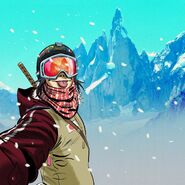 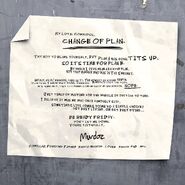 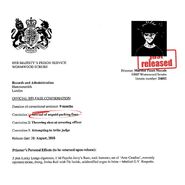 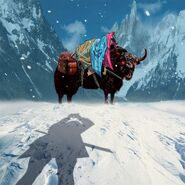 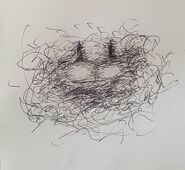 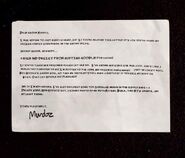 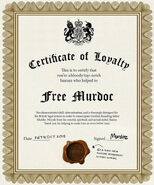 Add a photo to this gallery

Retrieved from "https://gorillaz.fandom.com/wiki/FreeMurdoc?oldid=45778"
Community content is available under CC-BY-SA unless otherwise noted.