Dan the Automator • Gorillaz
G-Sides is a compilation album composed of B-side tracks that previously appeared on the first four Gorillaz UK single and extended play releases (the "Tomorrow Comes Today" EP, "Clint Eastwood", "19-2000" and "Rock the House"). As the "Tomorrow Comes Today" and "Lil' Dub Chefin'" singles were released after G-Sides was, and it received no re-release with extra tracks, unlike the debut album Gorillaz, the two B-side tracks from each of those singles, both released in 2002, were never included on it.

The album was originally scheduled only for the Japanese market. In Japan short commercially released singles of 3-4 tracks are not as popular as they are in the UK / Australia, and bands frequently released what are in effect extended EPs of tracks collected from several releases.

In Europe, the Japanese track listing was retained (to save on production costs - despite the fact that the debut had been reissued to include the Soulchild remix, making the compilation potentially even worse value for European buyers). However to retain this track listing for the US would have been an insult too far ("Left Hand Suzuki Method" and "Dracula" having been included on the standard US release of the debut album), and so the 'other two' available B-sides were drafted in, with the radio edit of "Rock The House" being dropped too, this latter alteration being more puzzling. This left the US version down to just nine tracks, and with it being the only version not to feature the videos to "Rock The House" and "Clint Eastwood", US fans could justifiably feel a little cheated. Eventually a 'dream release' of G-Sides, containing a super-set of the tracks on the US and European / Japanese editions was released in Brazil, instantly becoming a desirable collector's item.

G-Sides remains a flawed release and a dedicated fan will want to seek out the individual UK singles. However for thousands of other fans it provided a cheap and easy way of getting hold of many Gorillaz B-Sides. The quality, track-for-track, does not approach that of the debut, and with so many remixes it does not sit easy together as an album. That said, most of the B-Sides are pretty good and so a fan of 'Gorillaz' would be well advised to seek it out. 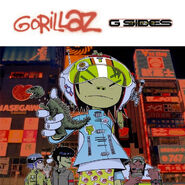 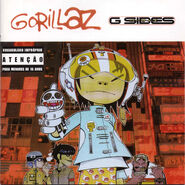 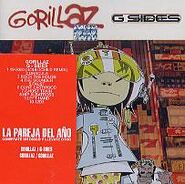