Spacemonkeyz
Laika Come Home is a remix album of the Gorillaz's debut album, Gorillaz released in July 2002. Unlike a typical remix album, it is done by just one group, Spacemonkeyz. It contains most of the songs from Gorillaz' debut album, but remixed in dub and reggae style. The album features Terry Hall , U Brown, Earl 16 and 2-D .

The Spacemonkeyz originally remixed just one track ("Tomorrow Dub", later reworked again into 'Bañana Baby') which appeared on the "Tomorrow Comes Today" single release, but Damon Albarn liked the result so much he gave the go-ahead for a whole album of dub reworkings. In real life, the remix was made by DJ Darren Galea, but the same story applies.

The Spacemonkeyz certainly know their dub; even seasoned reggae fanatics have been known to admit that 'Laika Come Home' 's sound is truly authentic, and the Gorillaz songs for the most part lend themselves excellently to this treatment. The fan reaction was mixed; for many young fans this departure from the Gorillaz usual sound was too much, and the soundscape was too sparse. And of course not everyone likes dub reggae in any case. In spite of this many fans did rate the album, at least as a soundtrack to a chillout session. Damon, renowned lover of World Music must surely have taken pleasure at the thought of so many Gorillaz fans being introduced to the world of Dub in this way. The standout track 'Lil' Dub Chefin' ' (originally M1 A1) was lifted from the album for a single release in the UK. This release has always been referred to as officially by 'Gorillaz Versus Spacemonkeyz'. 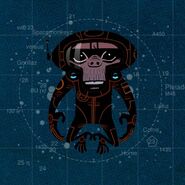 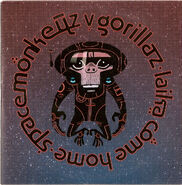 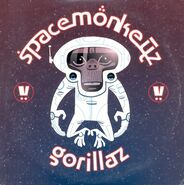