The Gorillaz music video for "On Melancholy Hill".

A huge ocean liner, (the M. Harriet), is under attack by two planes. A ship attendant finds Noodle in her room, offering to escort her to the lifeboats, but she opens a gun briefcase and walks down the hall past the attendant with a Thompson Submachine Gun. The song begins with Noodle shooting at the two oncoming planes that are attacking the ship. She manages to shoot one plane down but doesn't have enough time to shoot the other. The other plane drops a bomb on the ship. As the ship sinks, Noodle survives and climbs into a lifeboat with only her guitar and some supplies. Later on, a gigantic version of drummer Russel Hobbs lifts out of the water underneath Noodle's lifeboat. Some believe that Russel's massive size is due to pollution causing radioactivity on the long swim he had when going to Plastic Beach. The rest of the video shows Murdoc, 2-D and Cyborg Noodle traveling through the deep ocean with a fleet of submarines, crewed by all of the collaborators that featured on the album (e.g. De La Soul, Snoop Dogg, and Gruff Rhys). They rise to the surface, where a large manatee is sitting atop a tall plateau. Murdoc spots the Boogieman character leaning over the creature and orders Cyborg Noodle to attack it. Cyborg Noodle shoots at the Boogieman but the bullets do him no harm. He grabs the manatee and dives into the ocean, sinking with it. When the fog clears, it reveals Plastic Beach. 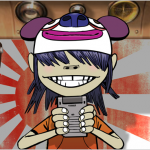 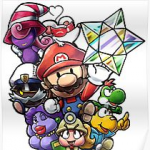 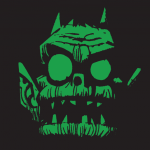 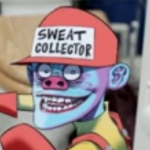