Saturnz Barz is the 4th Gorillaz song in the album Humanz.

The band members drive to their new house while Ascension plays on the radio. As Murdoc rings the doorbell, a thunderstorm starts. When they enter, 2-D goes to the kitchen, Noodle goes to the basement, Russel Hobbs goes to sleep and Murdoc takes a bath. Noodle finds a record and plays it, starting Popcaan's rapping. A snake-like creature with an arm sticking out of it's eyesocket grabs Russel and constricts him. A cycloptic, blue worm wraps around Noodle. 2-D, in the kitchen gets food stuffed down his throat by a flying pizza slice. Murdoc sinks into the tub and starts to fly through space. 2-D then begins to sing the chorus. Then, the whole band sings the verse "And I won't get a take in, 'Cause I'm out when I'm stakin', And the rings I am breaking, Are making you a personal day". At the end of the video, they walk back to the car and talk about breakfast, while on the other hand, 2-D just wants a peppermint tea.

Popcaan, a Jamaican Reggae rapper, for the video takes the form of three monsters that torment the band members. He takes form of a pizza slice, a worm and a snake-monster. 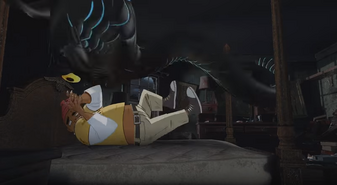 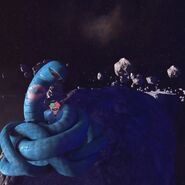 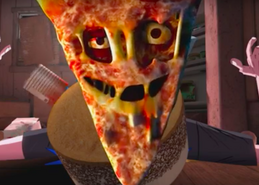