The Now Now is the sixth studio album by English virtual band Gorillaz. It was released on 29 June 2018 in the United Kingdom by Parlophone and in the United States by Warner Bros. Records. Recording began with fewer collaborators than usual, due to criticism over the band's previous album Humanz (2017) having too many, during the North American leg of the Humanz Tour in late 2017. According to Gorillaz co-creator Damon Albarn, The Now Now was recorded quickly so that the band would have more material for future live sets. Albarn has described the album as "pretty much just [him] singing" and "in the world of 2-D".

Upon its release, The Now Now peaked at number 5 on the UK Albums Chart and number 4 on the US Billboard 200, and received generally positive reviews from critics. Five singles have been released from the album: "Humility", "Lake Zurich", "Sorcererz", "Fire Flies", and "Hollywood".

In an interview with NME, 2-D stated that album was called "the now now" because it reflected how people need to live in "the now" as it happens "now" rather than dwelling on the future or the past because the present (the now) can become the past (then) in the blink of an eye; stating that it was for this reason that the album was call "The Now Now" and not "The Now Then". [1]

2-D's outlook on living "in the now" (or "the present") is a loose reference to the Transcendentalist philosophy of living in the moment and self-reliance.

Logo for the album 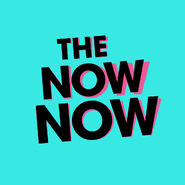 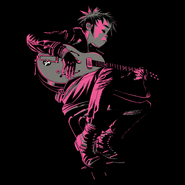 Alternative Cover.
Add a photo to this gallery

Retrieved from "https://gorillaz.fandom.com/wiki/The_Now_Now?oldid=42069"
Community content is available under CC-BY-SA unless otherwise noted.